Can Your Abs Split In Two? 5 Important Facts About Diastasis Recti

Can Your Abs Split In Two? 5 Important Facts About Diastasis Recti

I remember being very disturbed when I heard a woman say she couldn’t do crunches because her abdominal muscles had “split in two” after she had a baby. I was about seventeen at the time and I was alarmed. Was this a normal side effect of having children that I had to look forward to some day?

I’ve had two children now and fortunately, my abs have yet to split in two. However, after my second c-section and some complications that kept me on bed rest for about six weeks, I did have a huge gap about four fingers wide between my muscles. This infamous gap is known as a diastasis recti. It took a long time to heal, and I learned several lessons in the process. 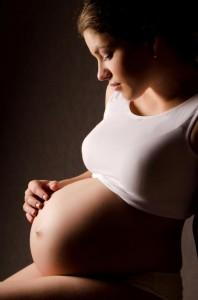 1. Your abs have not split in two.The term “diastasis” means “separation,” not “abyss.” I find it helpful to think about diastasis recti not as a splitting, but as a thinning of the tissues that connect the six pack muscles, or rectus abdominis, to each other. This tissue is called the linea alba. When pressure builds, such as inevitably happens during pregnancy, the connective tissues weaken and become thinner, which increases the load in other parts of your body, such as the low back.

3. It’s not just about your six pack.
Studies indicate that the transversus abdominis plays a far more critical role, both in the prevention and in the treatment of diastasis recti. And even beyond the abdominal muscles, proper alignment is crucial for engagement of the transversus abdominis. This is one reason chiropractic care is so crucial during pregnancy. When I worked on closing my diastasis recti, I found it helpful to focus on engaging the transversus abdominis while standing and sitting, without tucking my pelvis and sucking in my abs. This might be a pretty posture in the ballet studio, but it exacerbates the buildup of pressure in the abdominal cavity. For me, it was a hard habit to break, but I noticed a significant difference.

4. It’s not even just about pregnancy.
Diastasis recti can happen to men, women, and even babies. An increase in abdominal pressure can occur as a result of an expanding waistline, either due to a growing baby or weight gain. It can also stem from years of intense ab work. (Check out Mr. Six Pack on the right for an example of a super toned, though minimal, abdominal separation.) I’ve even read that Joseph Pilates had diastasis recti that got worse as he aged. 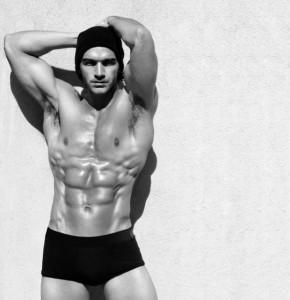 5. You can still have nice abs if you have diastasis recti.In the twenty months since my last child was born, I’ve managed to shrink my diastasis down to about one finger width. Aside from an occasional Pilates workout, I really don’t do any intense ab work. Before I knew about diastasis recti, I did ab work on several days of the week. My stomach actually looks just as toned now as it did then, a few babies later. If you have diastasis recti and want to lose the baby weight, focus on your diet and regular weight-bearing exercise, and skip the hundreds of GHD sit ups for now.

When you test for diastasis recti, remember that the finger test is two-fold. Check the space between the rectus abdominis muscles as well as the depth of the gap. The wider and deeper the gap, the more serious the thinning of the tissues. This is due to the fact that the linea alba is not simply one large tissue, but rather a crossroads of sorts. Biomechanist Katy Bowman describes it, as only she can: 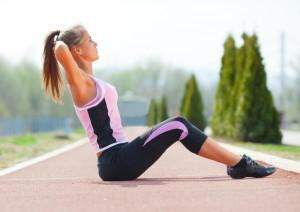 The linea alba is not “where the stomach muscles connect” but rather where the fibers of the abdominal muscles’ aponeurosis (think flat, bilayered tendons) cross over each other and then resume on the other side of the abdomen. Interestingly enough, the aponeurosis of the three waist muscles all come in obliquely (at angles) — even the transversalis, which means the rectus abdominals (the abdominal muscles running top to bottom) are really under the pull of three oblique angles at the linea alba.

If you have diastasis recti and are reading this, I hope all this talk about interconnecting layers and three-dimensional muscle tissues doesn’t make you feel overwhelmed or hopeless. Diastasis recti can usually be improved with patience and persistence. However, as noted by physiotherapist Diane Lee, if you experience a diastasis that does not resolve after rehabilitative exercise and still experience chronic pain in your back or pelvic girde, consult a health professional to determine the best course of action.

Have you ever had a problem with diastasis recti? How did you resolve it?